These Countries Have Prices on Carbon. Are They Working? – By BRAD PLUMER and NADJA POPOVICH – The New York Times 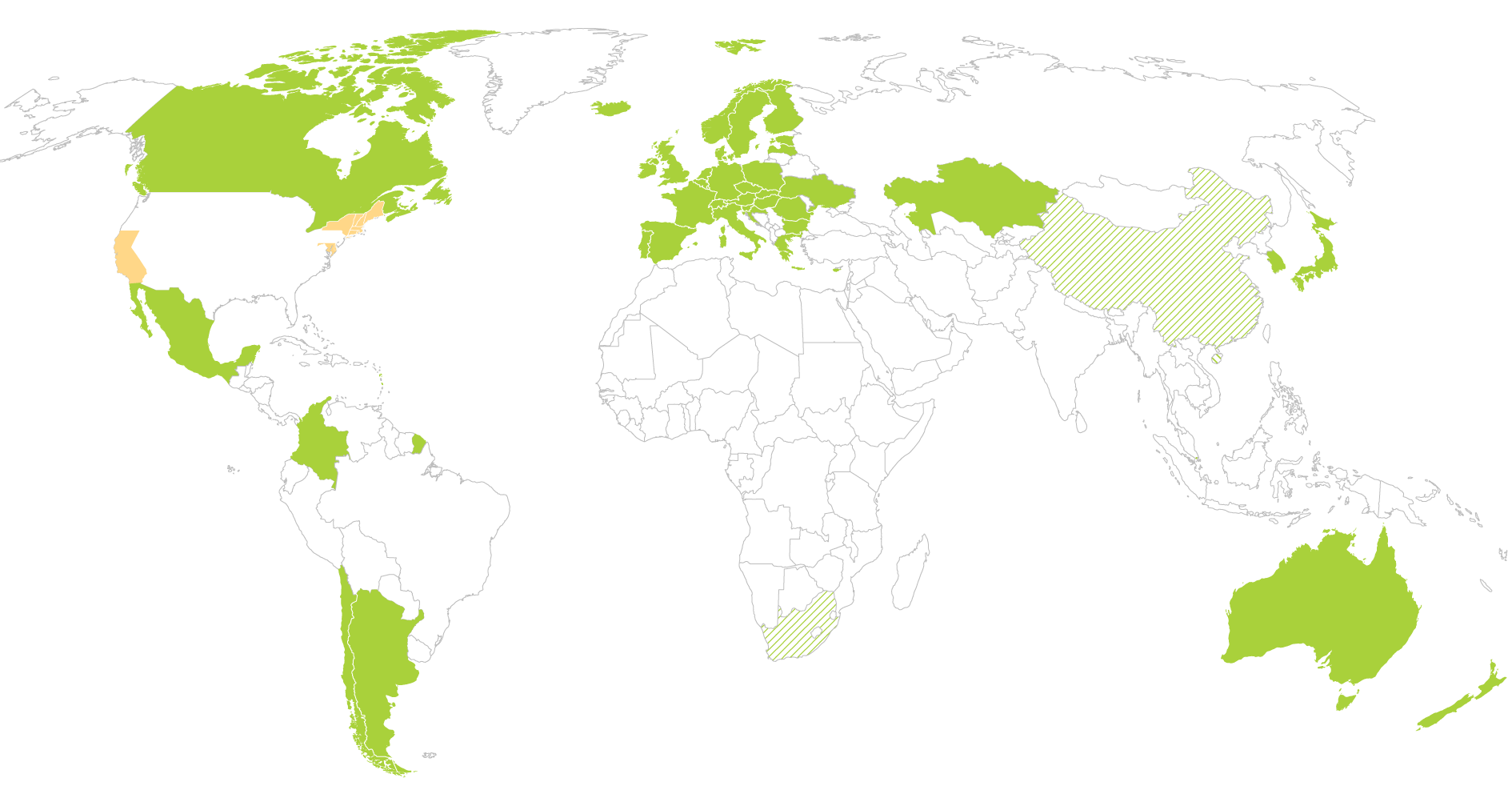 Mass., N.Y. and seven other states

Note: A local price on carbon is only highlighted where no national or European Union rules are in place. Some countries with a national price on carbon also have local-level programs that operate under separate rules. | Source: World Bank
The idea of putting a price on carbon dioxide emissions to help tackle climate change has been slowly spreading around the globe over the past two decades.

This week, Canada’s federal government took the latest step when it extended its carbon-pricing program nationwide by imposing a tax on fossil fuels in four provinces that had declined to write their own climate plans.

More than 40 governments worldwide have now adopted some sort of price on carbon, either through direct taxes on fossil fuels or through cap-and-trade programs. In Britain, coal use plummeted after the introduction of a carbon tax in 2013. In the Northeastern United States, nine states have set a cap on emissions from the power sector and require companies to buy tradable pollution permits.

via These Countries Have Prices on Carbon. Are They Working? – The New York Times

David Lindsay is the author of "The Tay Son Rebellion, Historical Fiction of Eighteenth- Century Vietnam," that covers a bloody civil war from 1770 to 1802. Find more about it at TheTaySonRebellion.com, also known as, DavidLindsayJr.com. David Lindsay is currently writing about Climate Change and the Sixth Extinction., as well as singing and performing a "folk concert" on Climate Change and the Sixth Extinction. He can be reached at daljr37(at)gmail.com.
View all posts by David Lindsay Jr →
Quote | This entry was posted in Carbon Tax, CC Remediation, Uncategorized and tagged By BRAD PLUMER and NADJA POPOVICH, carbon pricing, Prices on Carbon, These Countries Have Prices on Carbon. Are They Working?. Bookmark the permalink.