Opinion | Warning! Everything Is Going Deep: ‘The Age of Surveillance Capitalism’ – By Thomas L. Friedman – The New York Times 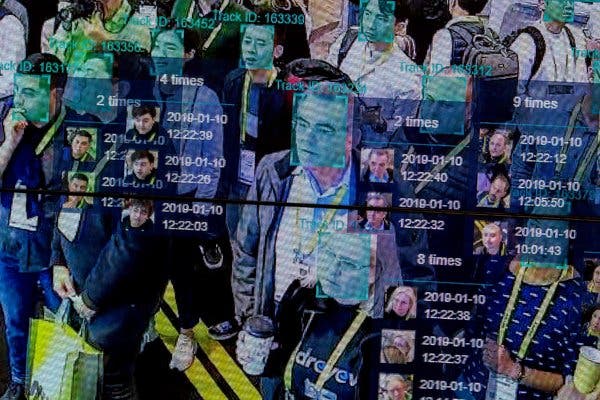 A demonstration using artificial intelligence and facial recognition in a crowd at CES 2019 in Las Vegas this month.CreditCreditDavid Mcnew/Agence France-Presse — Getty Images
Around the end of each year major dictionaries declare their “word of the year.” Last year, for instance, the most looked-up word at Merriam-Webster.com was “justice.” Well, even though it’s early, I’m ready to declare the word of the year for 2019.

Why? Because recent advances in the speed and scope of digitization, connectivity, big data and artificial intelligence are now taking us “deep” into places and into powers that we’ve never experienced before — and that governments have never had to regulate before. I’m talking about deep learning, deep insights, deep surveillance, deep facial recognition, deep voice recognition, deep automation and deep artificial minds.

Some of these technologies offer unprecedented promise and some unprecedented peril — but they’re all now part of our lives. Everything is going deep.

Which is why it may not be an accident that one of the biggest hit songs today is “Shallow,” from the movie “A Star Is Born.” The main refrain, sung by Lady Gaga and Bradley Cooper, is: “I’m off the deep end, watch as I dive in. … We’re far from the shallow now.”

via Opinion | Warning! Everything Is Going Deep: ‘The Age of Surveillance Capitalism’ – The New York Times

David Lindsay is the author of "The Tay Son Rebellion, Historical Fiction of Eighteenth- Century Vietnam," that covers a bloody civil war from 1770 to 1802. Find more about it at TheTaySonRebellion.com, also known as, DavidLindsayJr.com. David Lindsay is currently writing about Climate Change and the Sixth Extinction., as well as singing and performing a "folk concert" on Climate Change and the Sixth Extinction. He can be reached at daljr37(at)gmail.com.
View all posts by David Lindsay Jr →
Quote | This entry was posted in Civil Rights, Information Technology, Politics and Economics, Thomas Friedman, Uncategorized and tagged By Thomas L. Friedman, Warning! Everything Is Going Deep: ‘The Age of Surveillance Capitalism’. Bookmark the permalink.