Opinion | What Did the Romans Ever Do for Us? – by Paul Krugman – NYT 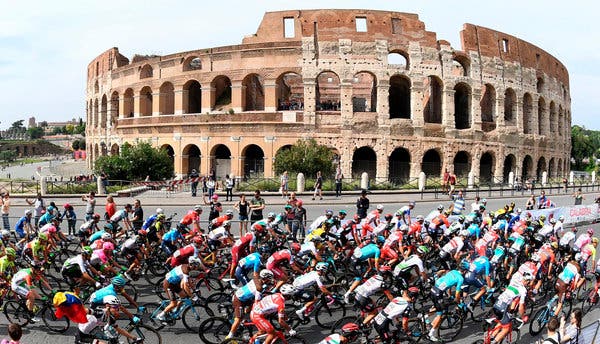 “But I find myself thinking, not about the fall of the Republic, but about the Pax Romana that came after — the two-plus centuries of stability that followed Augustus. Believe it or not, I think that era does have some lessons for us; this may be a sign of mental infirmity, but I’m gonna let it all hang out.

Not long ago, I would have said that very little about the Roman Empire was relevant to anything modern. It may have fascinated early modern Europeans like Edward Gibbon, but in the end it was a pre-industrial society, incredibly poor by modern standards, and sharing few modern values. True, the Roman Empire was bigger than most pre-industrial empires, and lasted a lot longer. But was it really different in any important way from, say, Assyria?

But I read a lot of history in my spare time, and as best I can tell modern scholarship is telling us that Rome really was something special.

What I learned first from Peter Temin, and at greater length from Kyle Harper, was that Rome wasn’t your ordinary pre-industrial economy. Of course it didn’t have a technological takeoff; but peace, interregional trade, and a sophisticated business and financial system made it surprisingly productive, with an overall standard of living probably not equaled until the 17th century Dutch Republic. Harper notes that Rome was held back in some ways by a heavy burden of disease, an unintentional byproduct of urbanization and trade that a society lacking the germ theory had no way to alleviate. But still, the Romans really did achieve remarkable things on the economic front.

They also achieved remarkable things on the political front. The Romans were not nice guys; they weren’t Edwardian gentlemen in togas. They had no qualms about slavery, were often casually cruel, and had no compunctions at all about using extreme force to put down any challenges to imperial rule. But while the threat of violence always lurked in the background, the Roman Empire wasn’t held together by a reign of terror. For the most part the Pax Romana was maintained through the willing cooperation of local elites. “

via Opinion | What Did the Romans Ever Do for Us? – The New York Times

David Lindsay Jr.
Hamden, CT | Pending Approval
Lovely piece Paul Krugman, thank you. This essay connects profoundly with any number of set backs recently. The TPP. the Trans Pacific Partnership, was one example of exemplary leadership by the Obama administration, and our allies, to continue free trade and respect for the rule of law and intellectual property rights in the Pacific rim. It was designed brilliantly to help the US and its allies coax China into more fair and legal trade practices. I hope and pray that the pro science wave will wash the no-nothings and sycophants of the 1% oil and gas crowd into the corner with a dunce cap on where they belong. Meanwhile, populist concerns need to be addressed. There is so much work to do. How do we keep out illegal immigrants for instance, without forcing the separation of parents and children, or their repatriation to death by gang warfare and terror? It might not be the Roman way, but we might have to consider requiring family planning in exchange for military help in controlling gang violence in Central and South America. David Lindsay Jr. is the author of “The Tay Son Rebellion, Historical Fiction of Eighteenth-century Vietnam,” and blogs at TheTaySonRebellion.com and InconvenientNewsWorldwide.wordpress.com

David Lindsay is the author of "The Tay Son Rebellion, Historical Fiction of Eighteenth- Century Vietnam," that covers a bloody civil war from 1770 to 1802. Find more about it at TheTaySonRebellion.com, also known as, DavidLindsayJr.com. David Lindsay is currently writing about Climate Change and the Sixth Extinction., as well as singing and performing a "folk concert" on Climate Change and the Sixth Extinction. He can be reached at daljr37(at)gmail.com.
View all posts by David Lindsay Jr →
Quote | This entry was posted in David Lindsay, History, Paul Krugman, Uncategorized. Bookmark the permalink.