May 9, 2018
“BRUSSELS — It is by now a familiar, humiliating pattern. European leaders cajole, argue and beg, trying to persuade President Trump to change his mind on a vital issue for the trans-Atlantic alliance. Mr. Trump appears to enjoy the show, dangling them, before ultimately choosing not to listen.

Instead, he demands compliance, seemingly bent on providing just the split with powerful and important allies that China, Iran and Russia would like to exploit.

Such is the case with the efforts to preserve the 2015 Iran nuclear pact. Both the French president, Emmanuel Macron, and the German chancellor, Angela Merkel, made the pilgrimage to Washington to urge Mr. Trump not to scrap the agreement. Their failure is very similar to what happened with the Paris climate accord, and to what is happening now with unilateral American sanctions imposed on steel and aluminum imports, and to Mr. Trump’s decision to move the United States Embassy in Israel to Jerusalem.

And with each breach, it becomes clearer that trans-Atlantic relations are in trouble, and that the options are not good for the United States’ closest European allies.”

via Europe, Again Humiliated by Trump, Struggles to Defend Its Interests – The New York Times

Excellent piece by Steven Erlanger. Here are the top comments, all of which I recommended. My thoughts are at the end of these comments by others.

In understanding what would lead Putin to support Trump, Europe and the United States failed to objectively assess what is in Russia/Putin’s best self-interest. That is a catastrophic Middle East War that significantly restricts oil supply and sends prices per/barrel back over the $100 mark.

An all out war between Saudi Arabia and Iran will cause, serious disruption to the Arab OPEC energy producing nations far exceeding any war before it. Supply via the Gulf of Hormuz and the southern pipeline will be catastrophically affected.

Russia’s northern routes of supply to Europe (and greatest profit) would be unimpeded.

Russia is Syria and Iran’s main arms supplier and ally. So it would stand to profit directly from the conflict as well.

All this lies behind the decision by Putin and his oligarchs to back Trump the Traitor.

Look at it from Putin’s self-interested perspective and it is the obvious answer to all of his problems:

It will relieve his greatest financial pressure – by replenishing Russia’s coffers.

It will provide cover and distraction to aggressively pursue the restoration of what he views Russia’s “traditional borders.”

It has already weakened and now will split NATO.

It will isolate America and alienate most of the rest of the world from the U.S. as any kind of moral counterweight of any consequence.

It makes any treaty with the U.S. worth one presidential election. 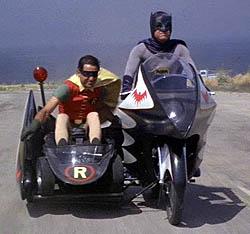 I disagree that it’s the European allies who are humiliated. I think Trump has humiliated America with policies that are guided by one tenet: undoing every success of his predecessor, a black president.

I do not like the headline. Why should Europe feel “humiliated”? I am embarrassed daily by the people in our White House. It’s a waste of time for anyone to try to talk to a narcissist. They tried – it’s time for them to move on.

“Humiliated”? Why does the author think that Europe’s self image is dependent upon trump and the United States? What’s happening is the (formerly) United States are being embarrassed by an incompetent head of state with a lack of understanding of even the most basic tenets of diplomacy and leadership. Mr. Erlanger got the “patience is thin” part right, however. The US is no longer a leader, we are rapidly becoming a rogue state. Offered a seat at the table for how long is the question.

I wanted, in an English that I hope is acceptable, to share the opinion of a very ordinary European citizen, but proud of it. We owe a lot (I’m French) to America, but as time passes, is it more or less than you to the French and Lafayette? But this is not the most important. The contempt, the ignorance, the arrogance of your current administration is sad and makes us want our people to boycott US products. Do you know Iran, Persia … and this people? I do not speak of the mullahs. I do. I am not sure of being more afraid of them than of you. Nor to think that sharing our nuclear technology with this people would perhaps compensate for the scorn in which we are held by uneducated people venerating only money. We are probably not there yet, but you are pushing us. As for the extra territoriality of American law, you play with the fire dear-old-friends …

Trump also fundamentally misunderstands what leadership in an alliance is. Leading an alliance is not dictating terms and demanding obedience – that is hegemony, not alliance. Hegemony fosters resentment and ultimately rebellion.

4 Replies 441 Recommended
xxxxxxxxxxxxxxxxxx
David Lindsay Jr.
Hamden, CT | Pending Approval at NYT Comments.
Excellent reporting by Steven Erlanger. Really helpful comments also.  My first reaction, was to cheer on Europe to split with Trump, and make their own way with Iran, and work for a new world order without the United States. Let NATO break up. Replace American suppliers for Airbus with suppliers from Asia. But no, a better and more Machiavellian approach would be to start by asking, What would Sun Tsu recommend? One of his golden rules was, never fight, unless you are sure you will win or your survival depends on it. So the Europeans, whose humiliation is dwarfed by our own, should just suck it in and bide their time, and wait out the Trump administration, which should be a short, tempestuous embarrassment for the United States and the NATO alliance. Europe can offer secret payments to Iran, to hold up their nuclear arms development until Trump is voted out of office or impeached. The Iranians should allow the inspections to continue, till they see what happens by the 2020 election. The Europeans can quietly try to send money to dummy companies that will invest in political donations, helping to overthrow Donald Trump and his nativist, usually Republican, anti-science, and somewhat absurdly, pro-Russian minions. England should stop playing into Putin’s hands, and cancel Brexit.
David Lindsay Jr. is the author of “The Tay Son Rebellion, Historical Fiction of Eighteenth-century Vietnam,” and blogs at TheTaySonRebellion.com and InconvenientNewsWorldwide.wordpress.com

David Lindsay is the author of "The Tay Son Rebellion, Historical Fiction of Eighteenth- Century Vietnam," that covers a bloody civil war from 1770 to 1802. Find more about it at TheTaySonRebellion.com, also known as, DavidLindsayJr.com. David Lindsay is currently writing about Climate Change and the Sixth Extinction., as well as singing and performing a "folk concert" on Climate Change and the Sixth Extinction. He can be reached at daljr37(at)gmail.com.
View all posts by David Lindsay Jr →
This entry was posted in David Lindsay, Donald Trump, European Issues, Iran and tagged Europe- Again Humiliated by Trump- Struggles to Defend Its Interests - By Steven Erlanger - NYT. Bookmark the permalink.