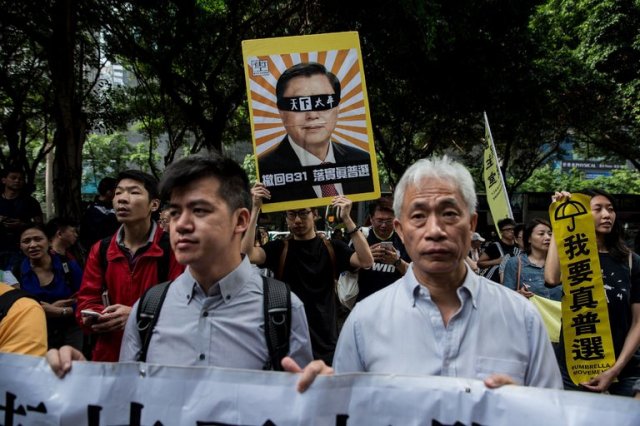 “HONG KONG — The heart of this global financial hub resembled an armed camp on Wednesday as thousands of police officers deployed around a hotel and convention center where a senior Chinese official was visiting: a show of force against an unarmed citizenry, many of whom are increasingly worried that the city’s civil liberties and autonomy are under assault by the central government in Beijing.Across the Taiwan Strait, final preparations were underway for the inauguration on Friday of Tsai Ing-wen, Taiwan’s first female president. She was swept into power in part by young voters anxious about what they see as Beijing’s rising influence over the island. Ms. Tsai is expected to have a far more cautious attitude toward promoting Chinese trade and investment than her predecessor.”

Source: China Finds Its Global Ambitions Humbled in Its Own Backyard – The New York Times

David Lindsay is the author of "The Tay Son Rebellion, Historical Fiction of Eighteenth- Century Vietnam," that covers a bloody civil war from 1770 to 1802. Find more about it at TheTaySonRebellion.com, also known as, DavidLindsayJr.com. David Lindsay is currently writing about Climate Change and the Sixth Extinction., as well as singing and performing a "folk concert" on Climate Change and the Sixth Extinction. He can be reached at daljr37(at)gmail.com.
View all posts by David Lindsay Jr →
This entry was posted in Uncategorized and tagged Demonstrations in China. Bookmark the permalink.