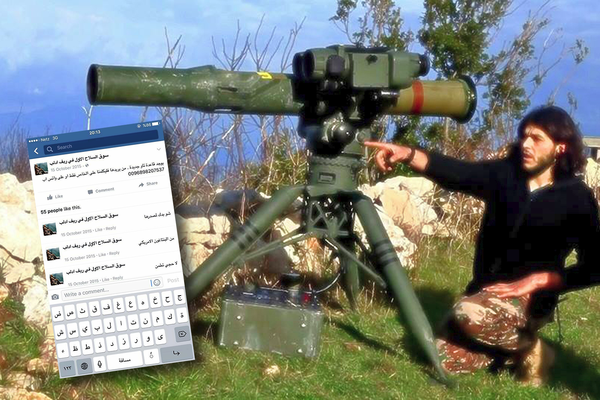 “A terrorist hoping to buy an antiaircraft weapon in recent years needed to look no further than Facebook, which has been hosting sprawling online arms bazaars, offering weapons ranging from handguns and grenades to heavy machine guns and guided missiles.The Facebook posts suggest evidence of large-scale efforts to sell military weapons coveted by terrorists and militants. The weapons include many distributed by the United States to security forces and their proxies in the Middle East. These online bazaars, which violate Facebook’s recent ban on the private sales of weapons, have been appearing in regions where the Islamic State has its strongest presence.”

David Lindsay is the author of "The Tay Son Rebellion, Historical Fiction of Eighteenth- Century Vietnam," that covers a bloody civil war from 1770 to 1802. Find more about it at TheTaySonRebellion.com, also known as, DavidLindsayJr.com. David Lindsay is currently writing about Climate Change and the Sixth Extinction., as well as singing and performing a "folk concert" on Climate Change and the Sixth Extinction. He can be reached at daljr37(at)gmail.com.
View all posts by David Lindsay Jr →
This entry was posted in Gun Violence and Gun Control and tagged Facebook as Weapons Bazaars. Bookmark the permalink.