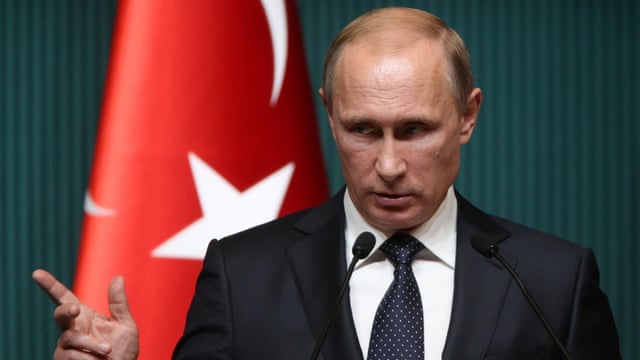 “Since the earliest months of the Syrian war, Turkey has had more direct involvement and more at stake than any of the regional states lined up against Bashar al-Assad.Turkish borders have been the primary thoroughfare for fighters of all kinds to enter Syria. Its military bases have been used to distribute weapons and to train rebel fighters. And its frontier towns and villages have taken in almost one million refugees.Turkey’s international airports have also been busy. Many, if not most, of the estimated 15,000-20,000 foreign fighters to have joined Islamic State (Isis) have first flown into Istanbul or Adana, or arrived by ferry along its Mediterranean coast.”

David Lindsay is the author of "The Tay Son Rebellion, Historical Fiction of Eighteenth- Century Vietnam," that covers a bloody civil war from 1770 to 1802. Find more about it at TheTaySonRebellion.com, also known as, DavidLindsayJr.com. David Lindsay is currently writing about Climate Change and the Sixth Extinction., as well as singing and performing a "folk concert" on Climate Change and the Sixth Extinction. He can be reached at daljr37(at)gmail.com.
View all posts by David Lindsay Jr →
This entry was posted in Syria, Turkey and tagged Syria, Turkey. Bookmark the permalink.